My Experience of Living with Autism

Ever wonder what it's like to live in someone else's shoes -- how about someone with Autism or Autism Spectrum Disorder?  I would like try to give you a glimpse into the world a person with Autism or ASD lives in every day.

If you were to start rubbing your hands together while the radio was on full blast and a bright light was shining in your eyes, it might give you a glimpse into my sensory experience.  Every sound, sight, taste and smell is intensified.  That's just a fragment of what's happening in and around people like me.  It is challenging to live in the world while trying to cope with that kind of interference.

According to THE CENTER FOR DISEASE CONTROL AND PREVENTION, "the latest data estimate is that 1-in-88 American children has some form of autism spectrum disorder."  That is a 78% increase since 2002, when it was 1-in-150.  With so many people faced with the challenges of ASD (Autism Spectrum Disorder), it is more important than ever for everyone to understand what Autism is.

I  would like to try to explain my experience of ASD to you.  Perhaps it will help you in some way.  Perhaps when you observe a person who is behaving in an unusual manner, you might consider the possibility that they have Autism or a related disability when interacting with them.

In a nutshell, I would like to raise your awareness of Autism, since to many people it is quite incomprehensible. There are many aspects of autism. I would like to discuss  (1) sensory sensitivity; (2) the behavior that can occur as a result of it; and (3) point out some famous people with ASD.

With regards to my experience of Austism, the biggest thing affected is my senses.

The NATIONAL AUTISM SOCIETY states:  "Many people with an Autism Spectrum Disorder (ASD) have difficulty processing every day sensory information such as sounds, sights and smells.  This is usually called having "SENSORY INTEGRATION" difficulties, or sensory sensitivity.  It can have a profound effect on a person's life."

When I was little, I used to cover my ears when there was a vacuum cleaner or blender or something like that on. Also, I used to run into people to see if I was really there. These are examples of how my sensory world was causing me to behave in unusual ways.

A number of autistic people eat everything -  soil, grass, play-dough.  This is known as "pica."  For  me personally, it went the other way and I developed an aversion to a lots of foods.

Our brain helps us ORGANIZE, PRIORITIZE and UNDERSTAND sensory information.  For a typical person, this is no problem to process.  For a person with ASD, their nervous system is affected and their brain has a challenge  processing their senses.

Medications are used to help people with ASD.  The medications help keep their nerves from becoming over-stimulated.  That way, the senses don't receive so much information  that the ASD person becomes overwhelmed.

Because sensory sensitivity is so overwhelming, it can cause behavioral differences.  Some behaviors which occur as a result of our senses are:  Perseveration, unusual speech patterns, anxiety, and unusual ways of perceiving the world.

Perseveration is the repetition of a behavior or speech pattern.

People with ASD might be collectors of   specific things, or they might know a great number of  facts on one particular topic.  As children they might  line up their toys instead of playing with them. I liked   to line up my letters and spell things, including spelling very long words at a young age, such as "xylophone".  I spelled "accompaniment" in magnetic plastic letters on my refrigerator at the age of 4.

ASD persons may sometimes feel upset when  seemingly small things don't go a certain way.  This is because they feel so out of control of their sensory worlds.

People with ASD often have a lot of anxiety because their environment is so overwhelming for them.  They may worry where the next loud noise or bright light is going to come from, or they might over-worry about germs or getting sick or anything that is unpredictable.  They like a sense of order in their world, because they feel so out of control of it, and can become anxious and fearful when something does not happen in a predictable way.

However, because people with ASD perceive the world differently through their senses,  they are also able to think in different ways, and make some unusual discoveries and observations.  Persons with ASD are sometimes pioneers in their fields because of their ability to think differently.  I have heard it said this way:  "Great minds think differently."  Some are more able to fit in socially than others, depending on their social skills, which are hampered by ASD.

There are very famous people that have, or had, ASD.  Some of the people alive now that have, or are rumored to have ASD are:  Daryl Hannah, Bill Gates, Dan Akroyd, Satoshi Tajiri (Pokemon creator), Bob Dylan, James Taylor, Robin Williams, and Al Gore.  What do you think?

Temple Grandin is a well-known autistic person who has helped greatly with Autism awareness.  She was in Time Magazine's top 100   most influential people in the world for her work as a speaker, writer, and inventor.  In  her book "Thinking in Pictures", Temple talks about how when she was young she used to use the physical act of going through doors as a symbol of moving on to the next phase of her life.  I understand her doing that, because even as a child I used to want to open every door we went through.  I  wanted to be in control of that door that led me to the next new challenge that might happen to my senses.

I hope I have helped you understand the sensory challenges of autistic people, the kind of behaviors these challenges can cause, and some of the great thinkers who have Autism.  Thankfully, many therapies are being developed to help ASD persons to cope with their challenges. Hopefully we can all move through our own doors to greater awareness of Autism Spectrum Disorders. 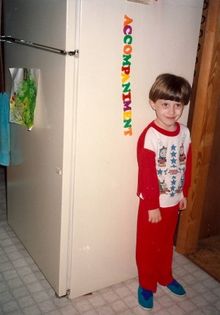 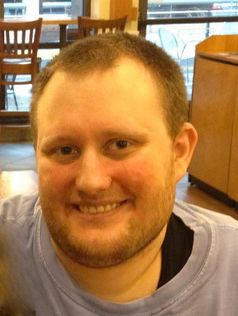